The Internal Revenue Service is making good on its pledge to provide information and assistance to underserved communities. The agency has now made two publications that are key to tax professionals available in Spanish.

IRS Commissioner Chuck Rettig said making these two publications available in Spanish helps the IRS reach its goal of serving all taxpayers, no matter where they live, their background, or what language they speak.

“Spanish-speaking tax pros have long played a vital role in helping businesses and families understand their tax-reporting responsibilities and take full advantage of valuable tax benefits,” said Commissioner Rettig. “We believe adding these two important professional resources in Spanish will help tax pros more effectively serve and represent this important community. This is just one more step in our continuing efforts to increase the information and services available in Spanish and other languages.”

Circular 230 is considered a crucial document for those who practice before the IRS.

The IRS Office of Professional Responsibility has oversight over Circular 230, including enforcing violations.

“Circular 230 will turn 100 years old in February, and making this document available in Spanish for the first time is an appropriate milestone,” said Sharyn Fisk, IRS Office of Professional Responsibility Director. “We will continue to look for other opportunities to make information available to tax professionals in additional languages.”

In another first, Form 1040 will be available in Spanish in tax-year 2020. The 2020 Form 1040 will also allow taxpayers to indicate on the form whether they wish to be contacted in a language other than English, should the IRS have a need to communicate with them.

More information about tax help in Spanish—and other languages—can be found on IRS.gov.

Taxpayers trying to plan their 2021 deductible retirement plan contributions will be happy to learn that the Internal Revenue Service this week published Notice 2020-79.

The IRS says the notice includes “income ranges for determining eligibility to make deductible contributions to traditional Individual Retirement Arrangements (IRAs), to contribute to Roth IRAs and to claim the Saver’s Credit all increased for 2021.”

The deductibility of traditional IRA contributions is further limited when a taxpayer or their spouse is covered by a workplace retirement plan. The agency explains that this can trigger the following phase-out ranges, which can ultimately reduce the deduction to zero:

Roth IRAs similarly have a phase-out range, which was also increased in Notice 2020-79:

The IRS notes that “the phase-out range for a married individual filing a separate return who makes contributions to a Roth IRA is not subject to an annual cost-of-living adjustment and remains $0 to $10,000.”

The Saver’s Credit income limits were also increased for 2021:

Finally, the IRS says that certain employee contribution limits were not changed by Notice 2020-79:

For more information about the updated income ranges, check out the notice on IRS.gov. 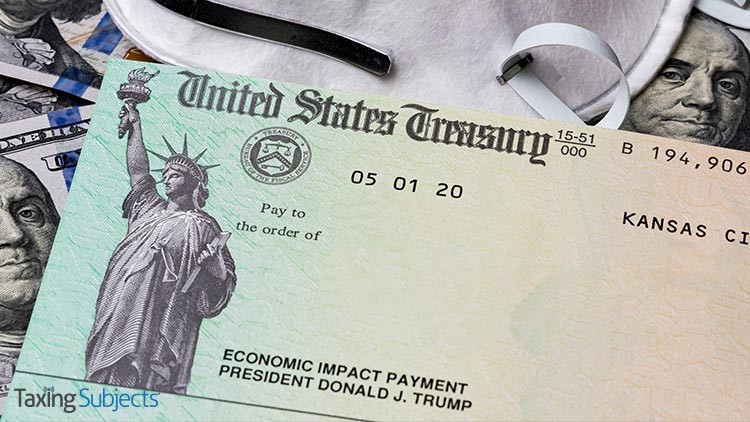 The Internal Revenue Service is continuing its push to get non-filers to register so they can receive an Economic Impact Payment or EIP.

In keeping with that mission, the IRS has designated Nov. 10 as “National EIP Registration Day.” It comes just a few days ahead of the extended Nov. 21 registration deadline.

The event will feature support from IRS partner groups both inside and outside of the tax community, including those who work with low-income and underserved communities.

These partner groups will help spread the word about the new Nov. 21 deadline and, in some cases, provide special support for people who still need to register for a payment.

IRS is getting the word out.

Nearly 9 million letters have been sent by the IRS to people who may be eligible for the $1,200 Economic Impact Payment, but don’t normally file an income tax return. The letters, and the Nov.10 event both urge people to use the Non-Filers: Enter Info Here tool, available only on IRS.gov.

“Our partner groups have been a critical part of the unprecedented IRS outreach and education campaign this year to contact as many people as possible about these payments,” said IRS Commissioner Chuck Rettig. “As a result, millions of Americans have successfully used the Non-filers portal and received their Economic Impact Payment. Registration is quick and easy, and we urge everyone to share this information to reach as many people before time runs out on November 21.”

Many partner groups have already been working with the IRS on the registration effort, spreading information about the EIP and translating the notices and other information into as many as 35 languages.

The IRS also plans a social media campaign in several languages to support the final push for registrations.

No EIP if you don’t register.

Most eligible U.S. taxpayers have already automatically received their Economic Impact Payment; but others who don’t have an obligation to file a tax return should use the Non-Filers tool to register with the IRS to get their money. Typically, this includes people who receive little or no income.

Since the Non-Filers tool launched in the spring, over 8 million people who normally aren’t required to file a tax return have registered for the payments. The IRS continues to work to reach others who haven’t used the tool yet, which led to the special mailing and the special Nov. 10 registration event.

The tool is designed for people with incomes typically below $24,400 for married couples, and $12,200 for singles, who could not be claimed as a dependent by someone else. This includes couples and individuals who are experiencing homelessness.

Those using the Non-Filers tool can speed up their payment’s arrival by choosing to get it by direct deposit. Recipients not choosing this option will get their payment by check.

Starting two weeks after they register, people can track the status of their payment by using the Get My Payment tool, available only on IRS.gov.

The Internal Revenue Service has revealed a second settlement effort for taxpayers under audit who took part in abusive micro-captive insurance transactions.

This is the second such settlement offer to go out from the IRS. This second offer, however, puts forth stricter terms than the first, which went out last year. The IRS has now deployed its 12 newly formed micro-captive examination teams to increase examinations of abusive micro-captive insurance transactions.

“The IRS maintains a relentless agency-wide commitment to combat abusive transactions,” said IRS Large Business & International Commissioner Douglas O’Donnell. “Our offer terms are only getting stricter; and taxpayers would be well advised to consult with an objective, competent advisor with the aim of getting out now and putting this behind them.”

At present, this newest settlement offer is limited to taxpayers with at least one open year under exam.

Taxpayers who also have unresolved years under the jurisdiction of the IRS Independent Office of Appeals may also be eligible, but those with tax years involving micro-captive transactions docketed in Tax Court under Counsel’s jurisdiction, in general, are not eligible.

Taxpayers who do not receive an offer letter are not eligible for this settlement.

Because the terms of this new settlement offer reflect the IRS’ current settlement position, certain taxpayers who received an offer under the first limited-time initiative—but rejected it—are eligible to get a new offer but under the new, stricter terms.

In other words, they get a second chance, but the rules have changed.

“Taxpayers who receive offer letters under this settlement initiative, but who opt not to participate, will continue to be audited by the IRS under its normal procedures,” an IRS news release states. “Potential outcomes include, but are not limited to, full disallowance of captive insurance deductions, inclusion of income by the captive, withholding tax related to any foreign captives and imposition of all applicable penalties.”

More information on micro-captive insurance transactions, including which transactions may qualify as having potential for tax avoidance and evasion, can be found in Notice 2016-66.

The Internal Revenue Service has released an early draft of the instructions to Form 1065, U.S. Return for Partnership Income for tax year 2020 (filing season 2021). The changes include revised instructions for partnerships that are required to report capital accounts to partners on Schedule K-1 (Form 1065).

The revision, the IRS says, is part of its larger effort to improve the quality of the information reported by partnerships to the agency and furnished to partners to encourage increased compliance.

New verbiage directs partnerships filing Form 1065 for tax year 2020 to calculate partner capital accounts using the transactional approach for the tax basis method. Under the tax basis method in the instructions, partnerships report partner contributions, the partner’s share of partnership net income or loss, withdrawals and distributions, and other increases or decreases using tax basis principles as opposed to reporting using other methods such as GAAP.

The IRS contends the change should not come as a surprise. The agency says its data shows most partnerships already use the tax basis method, although previously partnerships could report capital accounts determined under multiple methods.

This change represents a new level of compliance.

The IRS release announcing the draft instructions says its new directions are geared toward bringing capital reporting into a new standard:

“Partnerships that did not prepare Schedules K-1 under the tax capital method for 2019 or otherwise maintain tax basis capital accounts in their books and records (for example, for purposes of reporting negative capital accounts) may determine each partner’s beginning tax basis capital account balance for 2020 using one of the following methods: the Modified Outside Basis Method, the Modified Previously Taxed Capital Method, or the Section 704(b) Method, as described in the instructions, including special rules for publicly traded partnerships.”

The Department of the Treasury and the IRS have released Notice 2020-43 in an effort to get public comment on other possible methods to report capital accounts to partners. The IRS says it’s already gotten “numerous comments from taxpayers requesting the tax basis approach be retained.”

At the same time, however, the IRS says it did not get any suggestions for a practical alternative approach to partner capital account reporting. The IRS sees this as good news, as reporting using only one method helps it assess compliance risk and helps to assure that compliant taxpayers’ returns are less likely to be examined.

The Treasury and IRS say they want to help partnerships comply with the new instructions, so they’ll issue a notice that provides additional penalty relief for the transition in tax year 2020.

This relief will be in addition to the reasonable cause exception to penalties for any incorrect reporting of a beginning capital account balance.

The IRS says it released the draft instructions to give tax professionals a preview of the changes and to provide software providers the information needed to update systems before the final version is released in December.

IRS is now accepting comments for 30 days at lbi.1065.comments@irs.gov.

The agency plans similar revisions, as they apply, to Form 8865, Return of U.S. Persons with Respect to Certain Foreign Partnerships.